There are many different groups of Fungi. Such as the Agarics, Boletes, Polypores, Leathers, Stinkhorns, Earth tongues, Puffballs, Earthstars, Jellies, Icicles, Birds nest, cup fungi, paintand coral fungi. Of which fungi is in its own kingdom. Mycology is the study of fungi. The mushroom is the fruiting section of the fungi. When hyphae from two individual mycelia of the same species come together sexual reproduction takes place and a mushroom is formed.

In the environment the fungi bind the leaf litter together. This therefore assists with erosion control and they also act as decomposers. For every teaspoon of soil there are thousands of micro spores. The spores are translocated via wind, water and transported by the fauna.

Every fungi are food for something in the environment. For example the native truffles are a food source for the small mammals. This is where you come across small holes in the ground were the animals have been foraging for food. The animals eat the fungi and then the scat contains the spores, this then helps the spread and survival of the fungi.

The general rule of thumb is that fungi that contain green or yellow spores are dangerous to consume. The best idea is to not eat any wild mushrooms.

There are weed forms of fungi now present on the Sunshine Coast. Such as Myrtle rust and Orange ping pong bats, this species competes with and likely to adversely impact on the native species. Whilst with myrtle rust it affects plants in the Myrtaceae family. It infects leaves of susceptible plants producing spore-filled lesions on young actively growing leaves, shoots, flower buds and fruits. Leaves may become buckled or twisted and may die as a result of infection.

Lichen is the first flora species to grow in desolate environment, such as after a severe fire or around volcanos. The Lichen is a combination of Algae and Fungi. They can catch small nutrients and bind soil together. 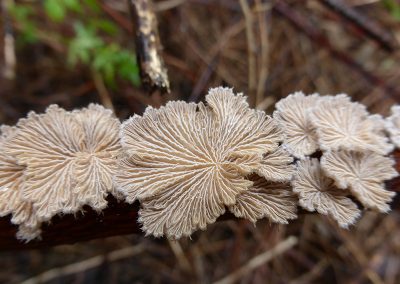 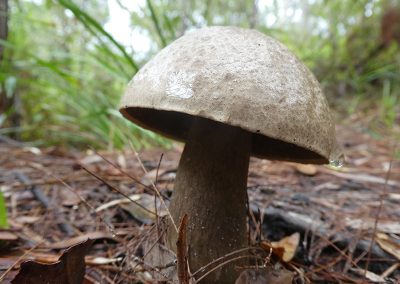 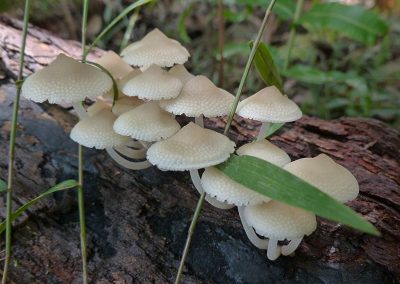 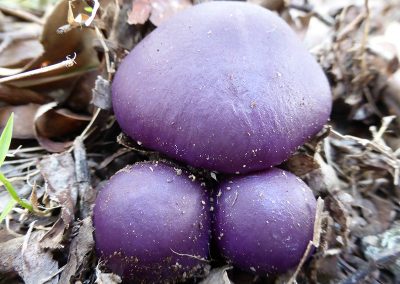